Native graphics mode (or the "viewer") in Rosetta allows viewing any given pose in real-time.

The PyMOL Mover is a way to visualize your decoy (PDB) in PyMOL. One of its most powerful features is that it can color your decoy by score or some component of the total score, as well as observe changes in real-time during a Rosetta protocol.

The PyMOL Mover can be controlled through RosettaScripts, PyRosetta, or through the command line.

Separately from the Rosetta execution, you will need to launch PyMol on the computer where you will run your Rosetta executable. Within the PyMol session, run the script /path/to/Rosetta/main/source/src/python/bindings/PyMOLPyRosettaServer.py:

which will prime your PyMol session to receive and display the coordinates sent to it from Rosetta.

TIP: It is extremely useful to add this line to your $HOME/.pymolrc file. That way, every time PyMOL is launched, the PyMOLPyRosettaServer.py script will be called. Note also that you may have to create this file in the first place. See the pymolrc section in the PyMOLWiki for more information on this awesome file.

If Length changes are occurring during the run, the PyMOL Mover may segfault as it tries to send the pose before certain components of the conformation object are updated. In this case, use the option -update_pymol_on_energy_changes_only to prevent the segfault. 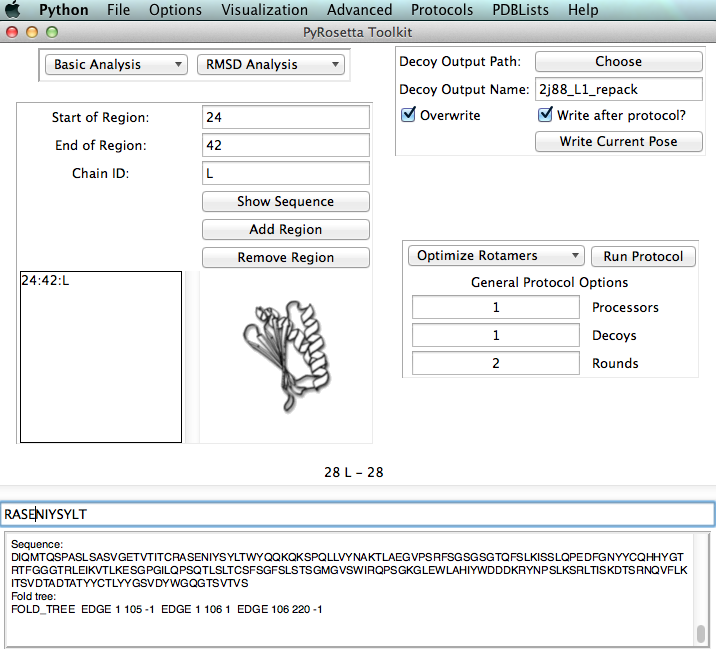 Cyrus Biotechnology is a spin-out from the Baker lab and Rosetta Commons offering a Rosetta GUI (a graphical user interface) on the cloud, Cyrus Bench, with included bioinformatics and small molecule and other dependencies for Rosetta. Bench was developed by some of the previous members of RosettaCommons labs and in close collaboration with a number of Rosetta academic labs.

Bench is designed for users in industry and academia for the following features: homology modeling, protein design, protein/protein interface design and affinity design, free energy of mutation calculations, protein design with a flexible backbone, protein stabilization, and immune epitope prediction (MHC II immunogenicity). Note that Bench does not offer every feature in command line Rosetta 3. Available at https://cyrusbio.com/. (Cyrus Biotechnology is a commercial Rosetta licensee offering a web-based graphical user interface for Rosetta to its customers. Licensing fees paid by commercial Rosetta licensees to the University of Washington are used to support the RosettaCommons, investing in the maintenance and further development of Rosetta.) 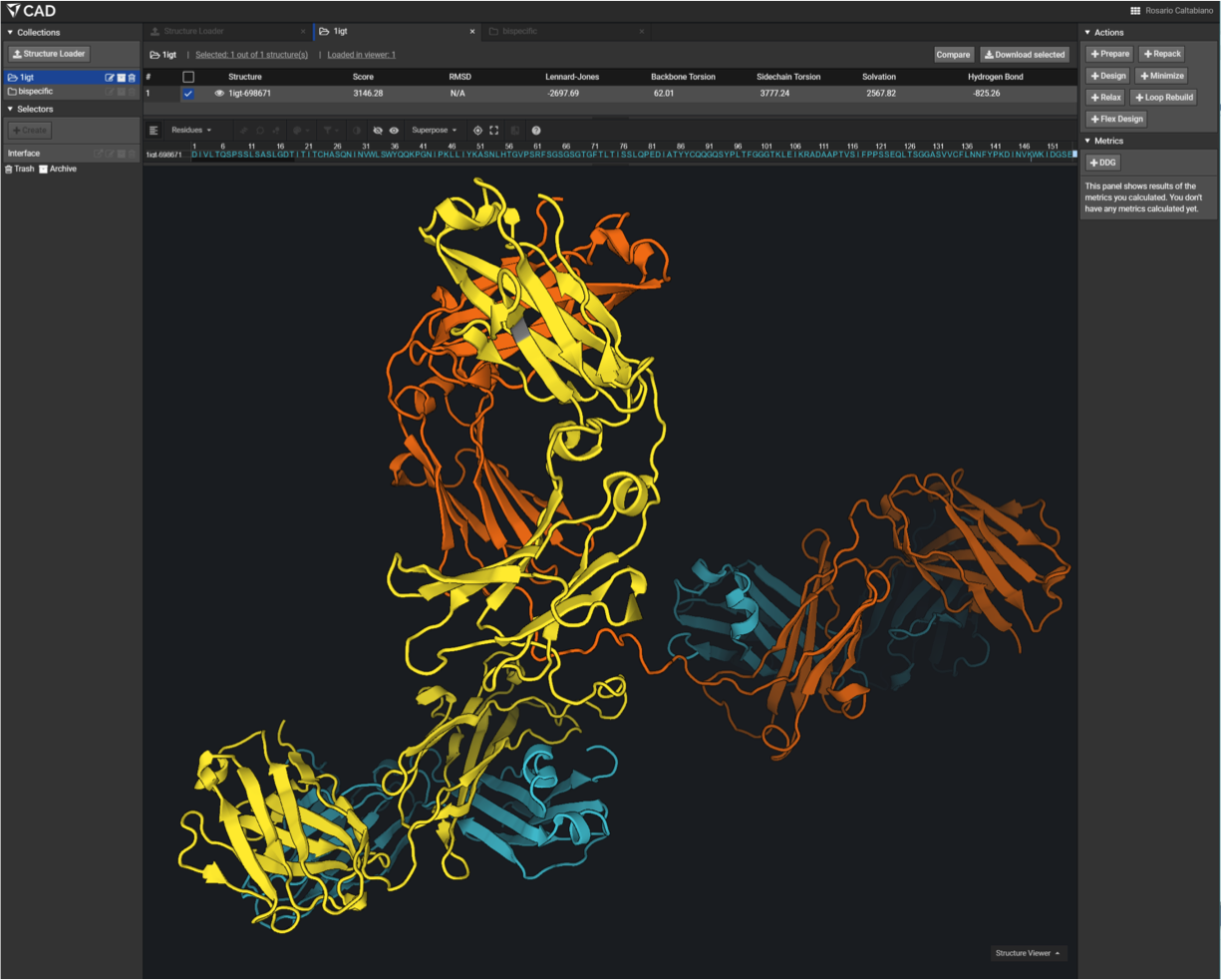