Certain inputs in Rosetta also refer to atom types, often to allow for ambiguous representations. (For example, the Enzdes/Matcher constraint file format allows you to specify contraints based on atom types rather than atom names, to allow ambiguoius specification: In fullatom mode, the two carboxylate oxygens of ASP ('OD1' and 'OD2') are both typed 'OOC', and the sidechain nitrogen of ASN ('ND2') and GLN ('NE2') have the Rosetta type 'NH2O'.

The atom types for Rosetta are specified in the "params file" for that residue. For standard residue types (e.g. the amino acids), those params files are located in the Rosetta database under main/database/chemical/residue_type_sets/.

The atom types are specified on the ATOM lines:

The first column after the ATOM specifier is the atom name, and the second column (the Nbb/CAbb/etc.) is the Rosetta atom type. The third column (NH1/CT1/C/O) is the CHARMM molecular mechanics atom type, which is not used by default in Rosetta, but is read by certain specialty energy terms (the "MM" terms). (The fourth and fifth columns are partial charges.)

Under full atom mode, all atoms are present. 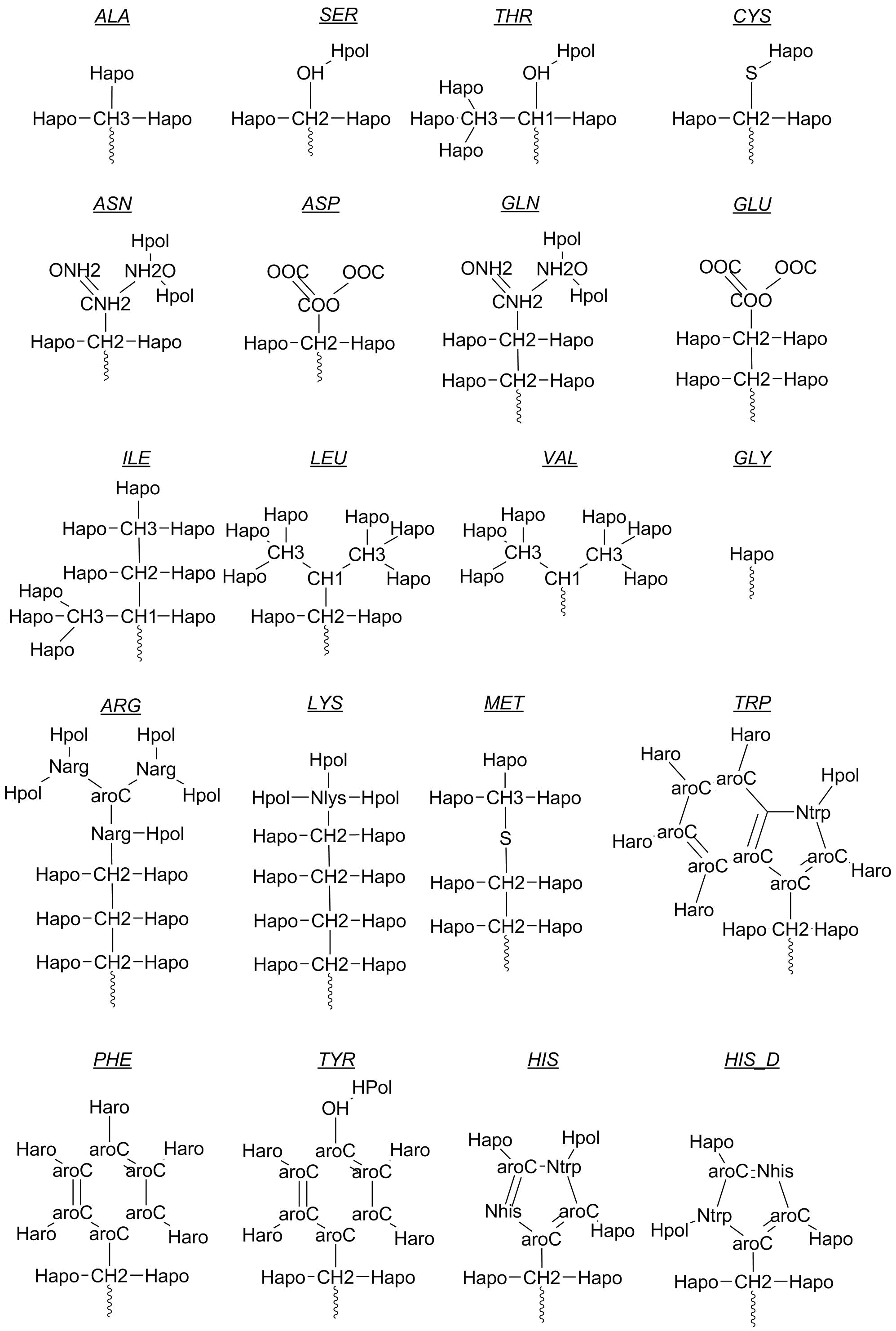 Small molecules and other compounds

Rosetta atoms types are centered around and parameterized for representing amino acid residues. In representing non-protein residues, the protein-centric residue types are often repurposed based on heuristics of the small molecule structure.

Examine the params file for your small molecule for details on how the atoms are typed.

Additionally, the protein sidechains are merged into a single 'CEN' "super atom".